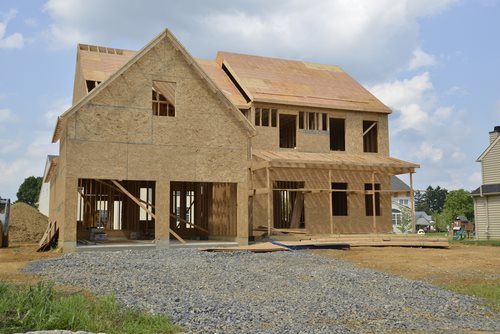 Asbestos testing
Asbestos will be common in thousands of homes around the US, especially those built between 1950 and 1980.  Asbestos, which is fire, water and sound proof was not surprisingly regarded as a miracle material and would find itself into many applications, especially home construction.  Asbestos is also an impressive insulator so it was used extensively, even after alternatives such as fiberglass became available to consumers.  This versatility quickly turned into a liability once the dangers of asbestos became apparent.  Although you should have a professional conduct asbestos testing, many home improvement and online retailers will sell home asbestos testing kits so that you can check for contamination yourself.
Why is asbestos dangerous?
Asbestos is dangerous for a number of reasons, not the least of which is the ease that it can break down.  Asbestos is a fibrous material and for each fiber visible to the human eye, there are millions of smaller fibers that comprise the larger fiber.  When this fiber is sufficiently disturbed, it will release particles into the air.  These tiny, fibrous particles, have a tendency to lodge in the lungs, embed in the tissue and spur malignant growth.  Painful asbestos related illnesses are caused by the presence of this foreign particle.
Why parts of my home might have asbestos applications?
Asbestos usage is extensive due to its versatility.  Before discussing where you will find it, it should be noted that some applications do not pose immediate risks to homeowners.  For example, so-called “non-friable” asbestos does not release particles into the air as it has be locked into another compound or sealed by the manufacturer.  With sufficient damage, it may become dangerous, but in an unhampered state, it need not be tested or removed.  Friable asbestos on the other hand, needs to be removed immediately, if you discover it during testing.
Possibly friable applications:
Plaster – This material is remarkably versatile and was used as a finisher on walls.  Plastering a wall generally helps with fire resistance and durability.  The issue with plaster is that in the past it has often been mixed with asbestos.  When this happens, if the plaster chips, wears out or crumbles, it will release asbestos fibers into the air.
Joint compounds – joint compound is what is used to hold drywall together during construction.  You may crack and break this compound when doing renovations.  Like plaster, asbestos had been a key ingredient prior to the EPA ban on asbestos in building materials.  You should test joint compound before engaging in demolition,
Drywall – the drywall itself, if made before 1980, may include asbestos materials.  While this is not as prone to cracking and crumbling as plaster, you can also disturb the asbestos by renovating.  Some asbestos testing will have you take a sample of the drywall to check for the presence of asbestos.
Insulation – many forms of insulation, including the infamous vermiculite product, Zonolite, have potentially been contaminated with asbestos or include asbestos as a significant ingredient.  Asbestos insulation is similar to cotton candy in structure and can be just as easy to separate and break down.
Non-friable applications
Flooring – many flooring tiles build before the EPA ban have a layer of asbestos locked in between vinyl or other materials.  Once this containment is breached, typically during renovation or demolition, there will be a danger.  Otherwise, you can assume that you do not need asbestos testing on this
Roofing and Siding – like the flooring, concrete roofing and siding is consider non-friable as the asbestos is locked away by concrete and tar paper.  Be aware of damaged tiles that may expose the friable material inside of it.
What is a reliable asbestos test?
At the very least, the asbestos test needs to detect the presence of at least 1% asbestos by weight.  Any threshold of asbestos is harmful, even though it occurs naturally.  The more sensitive the asbestos testing is, the better of an idea you will have about what you will need to do to protect you and your family.  Additionally, the asbestos test should contain a chemical testing kit.  These chemicals will help you determine if material is contaminated by reacting with asbestos in a certain way.
Alternatively, some asbestos testing kits may provide a means for you to collect samples and send them to another location for testing, although this is rare, as you cannot send asbestos samples by mail or conventional shipping methods.  The service would have to pick up the samples themselves.  For these services, you are best suited to hire a professional service to collect the samples and test them without exposing yourself to potential harm.
Visible signs that asbestos testing is needed
Especially when you are evaluating an older property, a cursory asbestos inspection will help immensely at protecting you from potential harm.  Telltale signs that you need to perform asbestos testing include the presence of white or grey residue, including dust.  White residue especially is a sign that plaster and other building material is wearing out and may pose a danger to you as friable material.  Most exposed insulation, often found in the attics and roofs of multiple story houses, are very likely to expose you to asbestos.  Some insulation is merely the insulating material in a heavy paper wrapping.  If the paper is damages and insulation is showing, not only does the insulation need to be removed, if should be tested.  Even fiberglass insulation poses a health risk if exposed.
Why should I get professional asbestos testing?
Although there are DIY kits, working with a hazardous material is not recommended for most homeowners.  In fact, tampering or typing to remove asbestos may cause contamination tenfold when compared to typical exposure.  A trained asbestos testing and abatement technician will have professional equipment and know-how in preventing possible exposure, as well as access to a laboratory that will confirm suspicions on asbestos in the structure.  Proper testing and eventual abatement is critical to limiting your legal liability and protecting your health when dealing with asbestos related exposure.