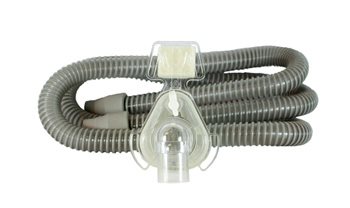 Asbestosis is a respiratory disease that develops as a result to exposure and the inhalation of asbestos fibers.

Asbestosis is oftentimes referred to as pulmonary fibrosis or interstitial pneumonitis in the medical community. The asbestos fibers, once in the lungs, can cause scarring to occur, where the lungs are not allowed to expand and contract normally.

Due to the complications to normal lung function, various health issues will arise as a result with the possibility of mesothelioma developing, particularly in cases of prolonged exposure.

1. The symptoms associated with asbestosis will mostly revolve around respiratory problems. However, most symptoms related to asbestosis do not develop immediately and will oftentimes become present after many years after the initial exposure to the asbestos material.

3. Shortness of breath is caused due to the inability of the lungs to expand and contract normally, not allowing for the proper amount of oxygen to enter the blood stream.

4. A persistent cough is also a common sign of asbestosis. The cough itself is not caused by a bronchial condition or infection and will usually be characterized as a rough and dry cough.

5. The coughing itself can lead to other symptoms, particularly chest pains. The irritation caused by coughing and the strain of related muscles in the ribs can lead to physical discomfort. Oftentimes, the chest pains are caused by the accumulation of fluid or phlegm in the lungs.

6. In more extreme cases of asbestosis, symptoms involving the clubbing of fingers may occur. This particular symptom is caused by the lack of oxygen circulation in the body.

8. Individuals that have been exposed to asbestos for an extended period of time will usually experience shortness of breath as the most prominent symptom. However, because such a symptom can also be related to a variety of health conditions, it is oftentimes overlooked.

9. Only proper diagnosis can determine whether or not asbestosis is present. The unfortunate truth regarding asbestosis is the fact that the damage caused by the scarring of the lungs is not a reversible condition. Lung tissue that is scarred cannot be medically repaired.

10. On the other hand, the disease is considered not to be progressive, with the extent of damage that occurs on the lungs being directly tied with the overall amount of exposure to the material.

11. Treatment of asbestosis is centered largely in solely relieving the symptoms, for no actual cure exists for the disease.