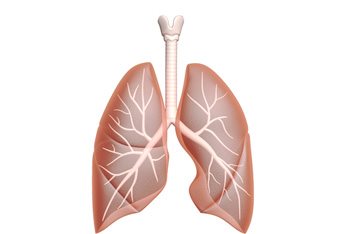 What is Asbestos Lung Cancer?

Asbestos lung cancer is a form of cancer in the lungs that is the direct result of exposure to asbestos. When asbestos fibers are chronically inhaled, the mineral’s deadly fibers infiltrate the lungs and attack the mucus lining of the trachea. The majority of asbestos lung cancer cases develop in the lining of the bronchi, or the tubes which divide the trachea. That being said, asbestos-based lung cancer can also begin in the small branches of the bronchi or the lung air sacs.

Squamous Cell Lung Cancer: These cancerous cells are thin and flat, and are found in the tissues that form the surface of the skin, the lining of hollow organs, and the passages of the respiratory and digestive tracts. The origin point for this type of cancer is found in the middle of the lungs.

Adenocarcinoma: The most common type of lung cancer. Dissimilar to squamous cells, this type of cancer develops from the glandular secretion tissues, which aid in the production of mucus.

Large Cell Lung Cancer: The cells which comprise the tumor are large and unnatural when observed through a microscope.

Although the symptoms are not immediately present, the universal traits, at the earliest stages, typically involve: chest pains, shortness of breath, a rust-colored discharge, perpetual coughing, fatigue, weight loss, and nausea.

What to do if Symptoms are Present

If the aforementioned symptoms are present and exposure to asbestos is a part of your daily life (typically because of your occupation), you must take a phlegm sample to your local doctor for testing. The doctor can run an endoscopic procedure or a biopsy to observe the health of your lungs and detect an infiltration of cancerous cells. If infected with asbestos-related cancer, it is also suggested that you seek legal aid to administer a possible lawsuit against your employer or the state in which you contracted the illness.

If you or a loved one has been diagnosed with any form of lung cancer because of asbestos exposure, you should immediately consult an asbestos attorney. These legal professionals will offer advice in regards to compensation from the asbestos companies or the employers which placed you or a loved one at risk.

Asbestos liability claims will be made against the manufacturer of the asbestos product or the employer who administered procedures in an asbestos-based environment. Settlements will be won if the diagnosed individual was inhumanely exposed to asbestos through negligence or without the delivery of proper safety measures. Each state possesses different laws concerning liability, so seeking the aid of an asbestos lawyer is necessary to streamline such variance-related problems.