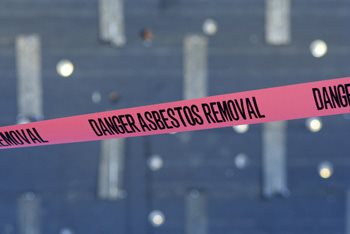 Asbestos is a type of mineral that has been valued over the course of history for its ability to be resistant to flame and fire. In its earliest recorded usage, the Roman Empire utilized asbestos for linen due to the ease of cleaning; the individual was simply required to place the asbestos-based linen in a fire and the dirt or soiling would be burned off while the asbestos-based linen remained unharmed. Centuries later, construction companies utilized asbestos as fireproofing within a wide variety of commercial structures. However, upon the discovery that exposure to asbestos was toxic for human beings, measures of asbestos removal were instituted. Contact asbestos lawyers for legal advice and assistance.


The Importance of Asbestos Removal

In an undisturbed state, asbestos is not considered to be harmful to those exposed to it. However, due its degradation over time and/or its manipulation, the asbestos mineral can release microscopic, airborne particulates that are easily ingestible by human beings. Over time – subsequent to its installation and crystallization – the asbestos deconstructs and crystalizes into smaller particles, eventually being reduced to microscopic in size.

How to Instate Asbestos Removal

The hiring of licensed asbestos removal contractor(s) is considered the only safe and legal means of performing asbestos removal operations. Although the legislation varies from country to country, the dangers of asbestos have resulted in the development of programs that promote asbestos removal:

In certain countries and nations of the world, the prompt asbestos removal is legally required on the part of the building owner or manager.

In certain countries, it is a requirement of the building or property owner to inform the governing body of any trace of asbestos prior to removal.

In certain countries, there exist regulated contractors who are trained and certified to perform this type of dangerous work. Asbestos removal should never be attempted by the untrained or uncertified individual.

Asbestos Removal in the United States

Many states in the United States have enacted legislation requiring building and property management to inform local or State Government of the presence of asbestos prior to asbestos removal:

In the event that there exists the presence of asbestos that exceeds 160 square asbestos minerals, the jurisdiction of the asbestos removal project becomes transferred over to the Federal Government through the Asbestos Hazard Emergency Response Act (1986).

Prior to asbestos removal, all operations should be conducted by trained professionals wearing protective gear, oxygen masks, and asbestos-resistant garb.

The laws regarding asbestos removal vary between commercial properties and residential properties. In certain cases, residents are able to privately contract asbestos removal professionals. However, individuals are encouraged to consult with an attorney specializing in the field of asbestos law, property law, personal injury law, and insurance prior to taking any action.

Where is Asbestos in my Home