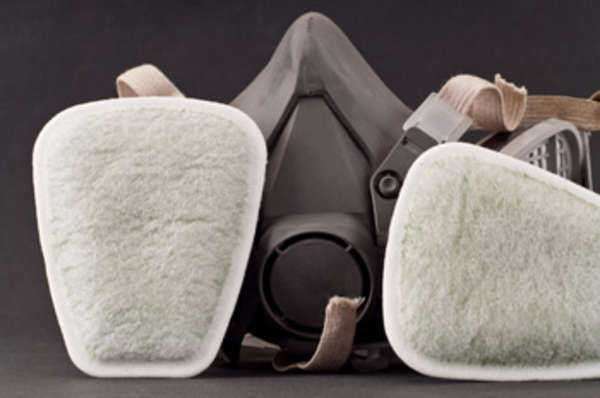 Serpentine asbestos refers to a configuration of rocks that typically contain white asbestos fibers.  These fibers are surprisingly versatile and have been used to make brake pads, clothing, insulation and even floor tiles.  Prior to the dangers of asbestos being discovered, white serpentine asbestos was desirable for its water and fire proofing ability as well as an excellent insulator.  White serpentine asbestos is of course, exceptionally dangerous and hazardous as it is composed of many smaller fibers that will be inhaled by those exposed to it.  These fibers cannot be seen, but concentrate in the lungs where they will cause cancer and inflammation due to prolonged exposure.
What is the difference between white serpentine and other asbestos fibers?
Most forms of asbestos are typically brown, blue, green or grey when naturally occurring.  Most will appear white after being processed.  This is due to varying levels of magnesium, iron, sodium and silicon in their chemical formulas.  The crystalline forms of these asbestos types reflects this difference in chemical structure.  White serpentine, also called Chrysotile, is naturally white and contains no iron ions.  The physical structure of the fibers also differs.  Other fibers will be similar to needles, while the versatile white serpentine is curly and easily manipulated.  This is why chrysotile has even been woven into fabric.
How prevalent is white serpentine asbestos use?
There is no ban on the use of asbestos in the US or Canada.  However alarming that may seem, asbestos has long become unpopular as a building material due to public backlash over its propensity to sicken residents and employees.  All asbestos containing materials are strictly regulated by the federal government and subject safety restrictions.  Certain applications of asbestos, such as building material, have been against the law for decades now.
White serpentine asbestos was the most common forms of asbestos used in the United States, representing 95% of asbestos products.  Today, the abatement of friable (exposed) and compromised non-friable applications are the most pressing concern.  Almost no demolition takes place without inspection for white serpentine asbestos.
White serpentine asbestos has been used for centuries but the health effects were typically not known, especially as the lung diseases associated with asbestos would only arise almost 40 years after the initial exposure.  Other types of asbestos have been faster acting, by white serpentine generally takes between 40 – 50 years to manifest health issues.
The European Union, Australia and Japan have all banned white serpentine asbestos, as well as other less versatile applications, as a public safety risk.
What were the uses of white serpentine asbestos?
Aside from fabric, most other uses of white serpentine fiber included spray-able insulation.  This sort of technique sealed and weatherproofed structures.  Asbestos has been used on roofs, walls, ceilings, flooring and the outsides of homes.  Waterproof applications have been used to line pines and artificial snow.  In the defense industry, asbestos was used in almost all aspects of shipbuilding and most shipyard workers are at extreme risk of illness due to white serpentine asbestos.  Most of these uses have petered out, but there is no mandate to remove instances of white serpentine asbestos unless there is a bona fide danger to public safety.
How is white serpentine asbestos a public health issue?
White serpentine asbestos is a soft mineral that is also friable.  This means it can be undone with minimal human effort.  This should give you an idea of the relative ease it may come apart and poison nearby persons.  The fibers that sicken those that are now suffering from asbestosis are smaller than a human hair, easily breathed in and spread through the air.  This sickens persons who do not work with the material or live in structures containing it.  The most infamous example was Libby, Montana, where almost the entire town was sickened by asbestos mining.  The area is now a superfund environmental disaster site, reflecting the severity of health issues for those that live around asbestos mines.
The crux of this safety issue is the ease at which these particles are spread.  Vacuuming or sweeping these particles would only spread them further as they incredibly lightweight.  For this reason alone, most applications of asbestos are left alone if they are sealed and handled by professionals if they are exposed.
How is white serpentine asbestos removed?
Removal of white serpentine usually involves some sort of wet application to prevent the needless spreading of fibers.  Successful abatement can only be done with specialized equipment suited to absorbing as much as the hazardous fibers as possible.  An amateur should never attempt to test for or remove asbestos due to the likelihood of prolonged exposure.  Even the most rudimentary of renovations and home improvement should include a professional asbestos check for dangerous white serpentine or other forms of asbestos.
Who regulates the spread of white serpentine asbestos?
The Federal government, through a smattering of regulations and agencies controls the exposure of serpentine asbestos to the public.  The Department of Justice prosecutes those that violate regulations on the use and exposure of asbestos.  The Occupational Health and Safety Administration studies the ongoing effects of white serpentine asbestos on workers and manages regulations for asbestos abatement.  The Environmental Protection Agency will investigate dumping, hazards and exposure to asbestos.  The Veteran’s bureau will take care of all service members sicken by asbestos.  Medicare will make payments to certain victims of asbestos exposure, as determined by Congress.  There are also state and local authorities that monitor asbestos use and compensation schemes.
Legal remedies for exposure
Proving a property owner or employer failed to take adequate precautions against white serpentine asbestos will ensure that you can collect damages for medical bills, lost wages and other damages sustained.  Class action suits have also cropped up where groups of workers or residents have successfully sued to recover damages for their prolonged exposure.  Only those that have developed an illness due to exposure are entitled to sue and collect damages against responsible parties.

What is Friable Asbestos?