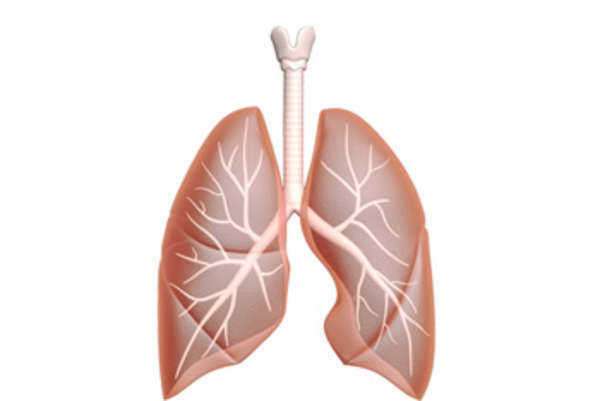 What is Asbestos?
Asbestos is a naturally occurring mineral that was widely used in building materials, such as tiles, drywall, concrete and roofing. Asbestos, because of its fire and chemical retardant properties was also used in automotive parts, including brake pads. Prior to the 1970’s, the mineral was also found in boilers, hair dryers, furnaces and other household products. Asbestos has been a popular component of these products because of its desirable characteristics—asbestos fibers are strong, heat and chemical retardant, as well as poor conductors of electricity.
When asbestos is disturbed (cut, torn, drilled or even touched)—when the mineral breaks down—it releases cancerous dust particles into the air. The fibers do not break down easily; they do not evaporate or dissolve. When these fibers enter the lungs, the human body will attempt to expel them; however, a number of these asbestos fibers may remain and become embedded in the lung tissue when inhaled by a human. This ultimately leads to scarring of the lungs and/or abnormal development of various cell structures. Heavy or persistent exposure to asbestos particles is directly linked to the development of asbestosis, malignant mesothelioma cancer and asbestos lung cancer. These disease carry bleak life expectancy rates, due to the prolonged latency periods and the lack of curable treatments. In regards to asbestos lung cancer, asbestos exposure has been reported to lead to the formation of this cancer in 1 out of 7 cases.
Symptoms of Asbestos Lung Cancer:
In its early stages, asbestos lung cancer typically does not display any noticeable symptoms or sings. Present symptoms typically occur when the asbestos lung cancer evolves into its advanced stages. Symptoms of asbestos lung cancer include a persistent cough, shortness of breath, coughing up blood, wheezing, chest pains, fatigue, loss of appetite, hoarseness, recurring bronchitis or pneumonia, swelling of the face and neck or severe weight loss.
If you display any of these symptoms and possess a lengthy history of asbestos exposure, it is crucial that you see a medical professional. Oncologists or other medical professionals utilize a number of diagnostic tests to determine whether or not you have asbestos lung cancer. These diagnostic tests take pictures of your lungs and chest to observe any irregularities. Asbestos lung cancer tests are secured through x-rays, MRI’s, Ct-scans or through examinations of coughed up saliva. When an asbestos lung cancer diagnosis is secured, a doctor will determine what stage the cancer has evolved to.
Complications Associated with Asbestos Lung Cancer:
Asbestos lung cancer causes an assortment of health complications, including a build-up of fluid in the chest. Asbestos lung cancer that proliferates to other parts of the body is will typically be deemed inoperable—once the cancer infiltrates remote organs the body’s natural defense system shuts down.
Asbestos lung cancer causing a buildup of fluids in the space surrounding the lungs (known as the pleural space) is referred to as pleural effusion. In addition to this, asbestos lung cancer can proliferate to the brain, the lungs, the bones, the liver and adrenal glands. Unfortunately, the survival rate of asbestos lung cancer is not high—the disease is typically rendered fatal within a year of diagnosis. Roughly 50% of asbestos lung cancer patients survive for one year following diagnosis (the other 50% die within 6-9 months of diagnosis).
Complications Associated with Asbestos Lung Cancer:
Asbestos lung cancer promotes the formation of other health complications, including a build-up of fluid in the chest, the proliferation of cancer to remote areas of the body and death. Treatment options for asbestos lung cancer will vary depending on the stage at which the disease is diagnosed. In its first stage, recommended asbestos lung cancer treatment includes surgery: these operations will extract the cancerous cells from the lungs. Often times this surgery will remove the infected lung from the patient. Curative asbestos lung cancer surgery is only administered in the first if the patient is regarded as being in stable health. Curative surgery for asbestos lung cancer is not recommended—nor will it be undertaken—for stage II, III or IV asbestos lung cancer patients.
For stage II asbestos lung cancer, treatment may include palliative surgery. These options will remove fluids from the pleural space to mitigate the associated symptoms. In regards to curative treatments for stage II asbestos lung cancer, a doctor will typically administer radiation and/or chemotherapy. In the beginning stages of stage three, asbestos lung cancer treatment will include a combination of radiation, chemotherapy and palliative surgery. Asbestos lung cancer in the second level of stage three will include chemotherapy drugs and low levels of radiation therapy.
In the final stage of asbestos lung cancer, treatment will include drug therapy, participation in clinical trials, chemotherapy or supportive care such as hospice. As stated above, curative options are only made available for patients who are lucky enough to secure an early asbestos cancer diagnosis. When the disease evolves into its latter stages proliferation has reached the point where the whole body shuts down. At this stage too many of the organs are infected, yielding an inoperable status. Asbestos related lung disease is a difficult and trying diagnosis to deal with. Because of the brutal life expectancy attached to the disease, it is crucial to seek support from medical professionals, family and friends.
Furthermore, you should contact an asbestos or mesothelioma attorney to go over your diagnosis and how you developed the disease. For the bulk of asbestos workers (those people who have worked with asbestos in the past) mesothelioma or asbestos legal claims are encouraged to secure financial compensation from the employer responsible for the high levels of asbestos exposure. Funds secured in asbestos claims are used to offset the costs associated with the treatment and suffering. Moreover, funds are used to provide your family with financial support that otherwise would have come from your future earnings.

What are Asbestos Jobs