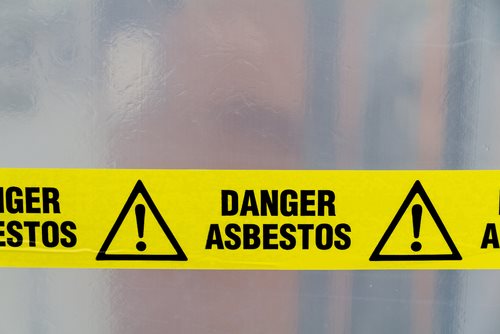 All aspects of asbestos abatement in North Dakota are handled by the Department of Health’s asbestos control program.  This includes providing asbestos certification and licensing, collecting notification of asbestos projects and proper disposal of asbestos waste.  A contractor license is separate from an asbestos contractor license and will be a perquisite for performing any part of the North Dakota asbestos abatement procedure.
The presence of asbestos in North Dakota homes became apparent after significant flooding in the area.  Damaged homes needed renovation and other areas have those friable asbestos exposed.  In the event of similar disasters, the NDHD is likely to waive typical notification requirements and expedite asbestos abatement permits.
Sources of asbestos
Industry and mining would be the primary sources of asbestos contamination in workplaces, but neither are particularly prevalent in North Dakota.  There is the possibility of asbestos containing materials being present in residences as asbestos construction material was in use as late as the 1980s.  These construction materials prevent a significant risk when exposed or broken and will release small fibers, that when trapped in the lungs causes asbestos related illness.
Asbestos can be present in two forms, friable and non-friable.  The friable form will be found in sprayed on insulation and brittle applications, such as plaster.  It can also be found in items such as insulating wool used both indoors and under roofing tiles.  The friable asbestos under those roofing tiles is considered non-friable until the tiles are removed or damaged.
Roofing tiles and concrete siding can also containing asbestos and this is considered non-friable material.  Non-friable materials will generally be composed of or sealed within an indurate material.  There are two classifications of non-friable material, based on if it can or will crumble when exposed to sufficient force.  This material may need to be removed from the structure prior to renovation and almost certainly during a renovation, as the dust that will be produced from the material crumbling will be a hazardous material containing both asbestos fibers and other carcinogens.
Obtaining a permit for asbestos abatement
You must submit an asbestos notification of demolition and renovation form in order to comply with North Dakota asbestos abatement procedure.  These forms will note the type of removal, name of asbestos contractor, the inspector that has certified the nature of the abatement and the disposal site.  The form will come with detailed instructions.  Single family homes and apartments with under four units are exempt from filing this form.
Disposing of waste according to North Dakota asbestos abatement procedure
To dispose of asbestos waste according to regulations, an asbestos waste manifest form from the NDHD must be filled out.  The waste generator, transporter and disposal site but be noted on the form.  in addition, all three of these individuals or entities must sign this form certifying the safe transport of the asbestos containing materials.  The disposal site typically provides this form and the completed form must be returned to the NDHD within ten days.