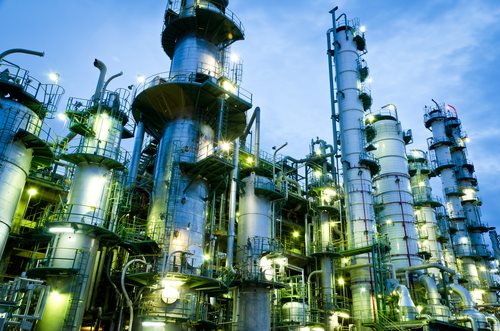 The foundations for widespread asbestos use were laid in the Industrial Era, as innovations such as quick dry Portland cement and the need to insulate and fireproof equipment and structures led to the acceptance of asbestos as a miracle material.  Although the health effects of asbestos were noticed as early as the 1930s, employers and property owners largely ignored these dangers, determining that alternatives, such as fiberglass were too expensive.  The tremendous latency in developing asbestos related diseases also ensured that the matter would not be pressing until the full extent of contamination was uncovered in the latter half of the 20th century.
Earliest use of asbestos in the Industrial Era
Although asbestos and its fireproof qualities had been known to some societies for centuries, it was regarded as more of a curiosity than a practical application.  Some ancient societies had used it to line cooking vessels and wicks for lamps but asbestos did not enjoy wide acceptance until the Industrial Era.
The first asbestos mine opened in 1858 and mined anthophyllite asbestos for the purposes of manufacturing insulation.  The company that pioneered asbestos insulation, H.W. Johns Manufacturing Company still exists today, as Johns Manville, a manufacturer of insulation and roofing materials.  As you can imagine, their product no longer contains asbestos.
Asbestos as an insulating material took off in the 1860s, and by 1874, commercial asbestos mines sprung up across North America, most notably in Quebec.  Further innovation found that asbestos was useful for a number of their purposes, such as making some building materials fireproof, holding drywall together and waterproofing structures.  Other asbestos types and compounds allow for easy applications, such as spray able insulation compounds.  These quick applications however, also increased the ease in which friable asbestos could leech into the air and sicken those nearby.
Health effects of asbestos in the Industrial Era
Assertions that the Roman scientist was aware of the potential dangers of asbestos have be proven false, but the dangers of asbestos have been know long before mass litigation and regulation of asbestos in the 70s and 80s.  The first recorded death from asbestosis was in 1924 when a doctor performing an autopsy on a woman that had worked with asbestos for a significant period of time discovered abnormality in her lungs.  Further research in England uncovered that as many as 25% of asbestos workers suffered from an asbestos related ailment.  This led to some of the world’s first safety regulations, which ensured that factories that worked with asbestos were properly ventilated and sick workers could get time off to deal with asbestos related illness.
The link between mesothelioma and asbestos was proven in the 1940s, yet asbestos continued to be used in commercial and residential applications, including by the federal government in shipbuilding.  The crux of the asbestos lawsuits that soon followed strict regulation on asbestos was in large part due to the fact that the dangerous of asbestos had become apparent in the industrial era.  This did not prevent the manufacturers and others for continuing to use asbestos and assuring workers the material was safe.