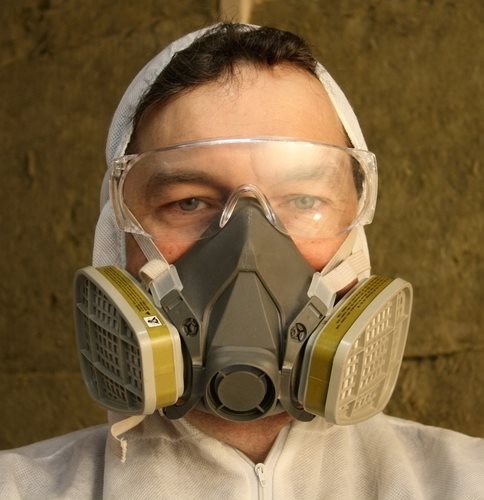 Shipbuilding is the primary source of asbestos contamination in the state of Maine.  Shipbuilding involved the use of asbestos materials to insulate machinery as well as protect surfaces from exposure to fire or water.  Since ships are confined spaces, concentrations of asbestos containing materials remained high, especially during construction.  The spray able asbestos material is also likely to degrade with time and in the process slowly release thousands of harmful asbestos fibers.  Improperly removing these fibers or disturbing them unnecessarily will worsen the contamination.  Maine asbestos laws follow guidelines set by the EPA to perform proper asbestos abatement.  This includes guidelines for certification, abatement and disposal of waste.  Several shipyards, military installations and former factories became federal cleanup sites after the extent of asbestos exposure was apparent there.
How else was asbestos used in the state?
Asbestos was a popular building material through the country due to is versatility and seemingly miracle properties.  Like glass, asbestos not burn, it will only break down with high heat.  This heat resistance alone made it a useful material.  This led to the presence of asbestos in insulation as well as sealed within Portland cement.  The Portland cement mixture rendered the asbestos indurate, but not entirely indestructible.  Portland cement roofing and siding is common on many houses, as well as asbestos felt and tar paper used to secure these tiles to the structure.
Classifications of asbestos containing materials
Like the federal government, Maine classifies asbestos containing materials into three categories, friable and two categories of non-friable materials.  One category of non-friable material can become friable if it is altered or damaged in any way.  This, in addition to friable materials needs to be removed during a demolition.  Renovations allow some materials to remain if they are not disturbed.
What is mesothelioma?
Mesothelioma is a painful and lethal cancer of the lining of the lungs.  This is a cancer that develops only in the presence of asbestos fibers and typically takes at least 20 years to manifest symptoms.  The nature of asbestos is that the particles are invisible to the human eye, easily made airborne, and do not dislodge over time.  Other illnesses of the lungs include asbestosis, which will entail the hardening of the lungs and decreased function.  Those that worked in the Maine shipbuilding industry will likely see symptoms manifest several decades after the initial exposure and factor such as smoking will greatly increase the chance of developing an asbestos related illness.
Can I file an asbestos lawsuit in Maine?
If you have an asbestos related illness, you may be eligible for compensation under civil law.  212 asbestos lawsuits have been filed in the federal court in Maine and in one case, the judge ordered a review of the jury decision that died a widow an asbestos claim on behalf of her deceased husband.  A good Maine asbestos lawyer will prove the other party’s responsibility for the injury and will be able to help you will compensation for medical costs and other related expenses.