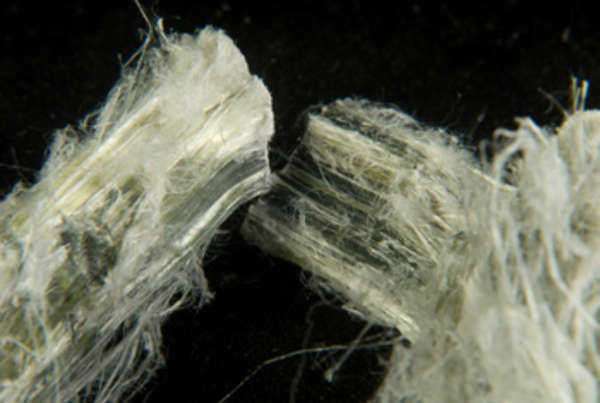 Unconfirmed accounts place the first descriptions of asbestos in the time of ancient Greece, where the word asbestos originates.  The Greek word for asbestos roughly transliterates to “aminatos,” which means inextinguishable.  The modern word, “asbestos” supposedly comes from a scholarly work by Pliny the Elder, a Roman scientist, who used the term asbestinon to describe the mineral.  Reports of him studying the effects of asbestos fibers on the health of slaves that wore asbestos garments are however, false.
Although much of what we know about the early uses of asbestos is limited to verbal accounts and sometimes dubious sources, pre industrial peoples around the world surely recognized the unique properties of the mineral asbestos in being woven into fabric and having strongly fireproof quality.  Some accounts place early asbestos fabric in fabric where kings found the fireproof fabric useful for entertaining guests.  Asbestos napkins, for example, would be thrown into the fire to be cleaned.  This encourages the myth that asbestos fabric derived from the fur of salamanders rather than a mineral source.  The salamander is often erroneously attributed to have fireproof qualities, hence the existence of this myth.
Descriptions of asbestos fiber lingers through the years, with some sources claiming that explorer Marco Polo was offered asbestos garments during his travels east.  Early uses of asbestos may have included burial shrouds for kings, so as to collect ashes after cremation and ensure that the ashes did not mix with the wood or other materials in the pyre.  Even Charlemagne, one of the greatest Kings of Europe was rumored to have asbestos table cloths and related items.
As you can tell, relatively low knowledge about asbestos as well as unconfirmed accounts do not give us the clearest picture of the early uses of asbestos.  We can determine however, that this may have been at least a curiosity for some societies that figured out how to manipulate it.
Asbestos in ancient times
Much of what we know about early uses of asbestos in ancient times stems from archeological conclusions based on artifacts that have trace amounts of asbestos.  Early peoples that lived in modern day Finland likely used asbestos to strengthen their eating and cooking utensils and vessels with anthrophylite asbestos.  Archeological evidence also suggests that asbestos was used to make lost lasting wicks for lamps.  Less clear are apparent medicinal uses for asbestos, which may have been prescribed for skin illnesses.  It is likely the ancients did not believe this for long or saw no apparent benefit from this early use of asbestos.