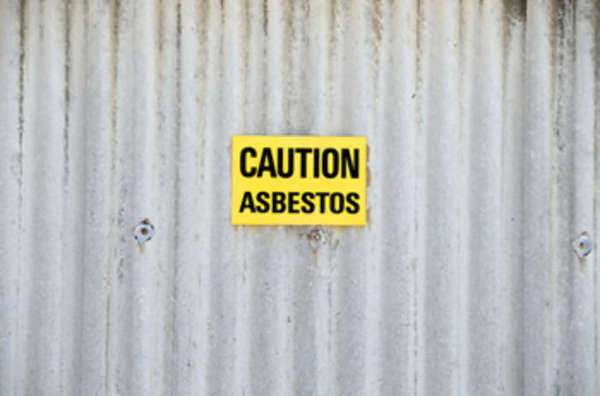 What is Actinolite Asbestos?
Actinolite asbestos is a type of fibrous asbestos that is naturally found in a crystalline structure.  The composition of this form of asbestos balances magnesium and iron ions in its structure.  Other forms of asbestos are typically iron or magnesium heavy.  You can identify this asbestos in its natural form by its dull luster and near transparent crystal.  It is somewhat green in natural form and a white or grey powder after processed into asbestos.  Its structure does not lend itself to most commercial uses, but it is still as dangerous as other forms of asbestos.
The chemical formula of Actinolite asbestos is:
Ca2 (Mg,Fe) 5Si 8 O22 (OH)2
How does Actinolite asbestos affect the body?
Like all form of asbestos, Actinolite asbestos can exist in tiny particles indiscernible to the human eye.  As such, most persons working with the material will never notice that they are inhaling the particles.  Once in the body, the tiny crystals will damage lung tissue by embedding in it.  Once the asbestos crystal has embedded in the alveoli of the lungs, it will not be dislodged.  The exposed individual will find that their lung efficiency drops dramatically over time as their lungs will become less elastic and also fill with fluid.  Mesothelioma is commonly misinterpreted as emphysema, typically a disease of smokers.  The symptoms are similar and the health effects just as dramatic.  Malignant growth associated with lung cancer will also occur due to exposure to Actinolite asbestos.
What are the uses of Actinolite asbestos?
Unlike other variations of asbestos, Actinolite is not commonly found in the US.  It will be found in older versions of the insulating material Vermiculite as well as fireproofing and gardening applications.  Vermiculite is noted for being an exceptional alternative to soil when planting in a garden.  Today’s vermiculite contains to traces of asbestos, but older applications are likely to have significant amounts of the hazardous material.
Actinolite asbestos has been found in concrete building materials and occasionally in paints and sealants.  Toys that have been painted with contaminated paint are dangerous for a number of reasons.
Actinolite asbestos exposure in the United States
In 2002, 30,000 cubic yards of rock dumped in New Jersey were comprised of at least 10% Actinolite asbestos.  Intervention by the state government ordered the removal of the unsafe materials as it was near a residential area.
Dumping asbestos material is a serious criminal offense that is prosecuted by the federal government.  As a result, illegal dumping will be punished with fines as well as criminal prosecution.  Fines and sanctions will cover the abatement, disposal and removal of the hazardous material.
Any form of asbestos, Actinolite of otherwise, should never be removed or disturbed by an amateur.  This material is often present in homes, but requires professional assistance in ensuring micro particles are not released into the air where they will sicken nearby employees or residents.  Improper asbestos abatement has sickened countless others, underscoring the importance of having a standard of care when dealing with its removal.
Exposure to Actinolite asbestos litigation
Asbestos litigation, now thriving in this country as symptoms of mesothelioma have begun to manifest over the past 40 years, is rooted in proving the company, building owner or other entity did not take adequate precautions to shield workers, employees and residents from harmful contamination.  Generally making a claim on Actinolite asbestos exposure involves proof that due diligence was not practiced by the responsible party and as a result, avoidable harm was done to the victim.
If you are exposed to Actinolite asbestos, you will need to demonstrate proof of an asbestos related illness before being able to collect damages.  Exposure alone and possible future illness cannot be grounds for Actinolite asbestos litigation.  The heirs of an individual that has passed away as a result of Actinolite asbestos exposure can also pursue litigation on behalf of the estate.
Laws about asbestos
Since the consequences stemming from the wide use of asbestos became apparent, the federal government has gradually passed laws against the material and required inspections of buildings such as schools to determine the safety threat from possible exposure.
The Consumer Product Safety Commission issued the first ban against some uses of asbestos in patching compounds and insulated fireplaces, due the ease that the asbestos could be dislodged and dispersed.  This strictest ban went into place in 1989, under the EPA, which banned all new uses of asbestos.  Asbestos use has dropped dramatically since its heyday, but is not totally banned in the US.